Impostor syndrome for writers: putting it to rest 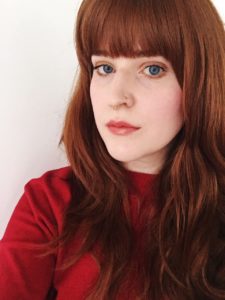 Writer Sophie Hanson is a Rose & Butterfly client who has gone from strength to strength with her writing over the past year. This is in part thanks to her commitment to digging deep to explore the narratives that really matter to her, as well as dedication to courses that match her values. Here she explores the shift she experienced from feeling like a fraud to finding her authentic voice.

For a long time, I thought that to be a real writer, you had to write every day. This view was borne of those lists of “inspirational” quotes in which famous authors (usually rich men) confidently assert that this is the only true way to earn your Serious Writer card. I would hate myself for coming home after a stressful day at work and wanting only to eat pasta and watch Netflix beneath a duvet. Where was my dedication? Why weren’t the words threatening to burst from me, desperate to commit themselves to paper? I read that Sylvia Plath would rise at 4:00am to write before her children awoke and despaired at my own slothful requirement for seven hours, conveniently ignoring all evidence of Plath’s distressed mental state at that time.

I’m sure there are people who are brimming over with words and plots in this way and genuinely do spend every spare minute they get writing. If you are one of them, more power to you and I hope you know how lucky you are. But your rate of output is not what makes you a writer.

Last year, I wrote for 109 straight days. I began with Jenn Ashworth’s #100DaysOfWriting (brilliantly simple: engage with your writing practice in any way you wish every day for 100 days, and at the end, show somebody what you have written) and culminated in writing over 50,000 words in 30 days for NaNoWriMo.

After that, I took a break. I told myself I’d get back into it soon. Christmas appeared on the horizon. I made grand plans to write a full short story draft while I was off work between Christmas and New Year. Then I got sick and spent that week in bed, mainlining Lemsip and watching Alias Grace. Now, suddenly, it’s mid-January and I’ve written a scant handful of pages so far this year, mostly vague notes.

I’d love to be able to pinpoint exactly what has changed and why, to be sure that it’s a permanent change, because then I could write a book about it and make my fortune. Of course I can’t do that, but I know what helped.

Taking the pressure off myself to hit arbitrary goals (“By the end of the month I’ll have filled 60 pages!” “1,000 words a day! No excuses!” “No lunch until you’ve written your quota!”) made me, ironically enough, more likely to write more. The low-pressure stakes of #100DaysOfWriting helped me get into a regular practice without the constant threat of missed (self-imposed) deadlines. Losing those goalposts made me less likely to adopt an all-or-nothing attitude of “Well! I’ve missed a day. I’ve ruined that now; might as well not write again for a month and stew over it instead.” By the time November arrived, I felt confident enough to attempt NaNoWriMo, having quit halfway through the year previously – and hit the 50,000-word target with relative ease.

During this period, I noticed that my attitude to writing was changing along with my habits. I was going through a stressful time at work which was triggering my long-standing anxiety. Previously, another entry on the to-do list in an already busy day would have made me want to throw my notebook out of the nearest window.

Instead, I began to look forward to it. My daily writing sessions became a solace and a distraction, something productive to focus on instead of dwelling on all the other ways my life at the time felt like a garbage fire. When I stopped writing every day, I felt the absence.

Like many people, writing is linked inextricably to my mental health and self-worth. The knowledge that writing had finally become a way in which I could positively affect the endless battle with my own mind was revelatory, and it also helped to free me from the constant worry about productivity. The writing was the goal in itself.

Obviously, goals are often useful and necessary, and they can be really helpful. But there’s a difference between using a goal as motivation and using it as another stick to beat yourself with! The danger comes when you begin to tell yourself that you will be a better person/more legitimate writer etc. when you achieve the goal, because these are the kind of goalposts that move when you’re not looking. I’ll be a writer when I finish this story. When I’ve written a novel. Once I get published. After I find an agent. When I win an award. All this mentality does is set you up for a lifetime of destination addiction and imposter syndrome.

By no means have I conquered my Itty Bitty Shitty Committee once and for all. They’re far too comfortable in my psyche to leave without a battle. But I’m slowly learning to trust in the process, to allow ideas to percolate and focus on writing for myself instead of the approval of the IBSC (who are, incidentally, impossible to please anyway).

Last year, at a conference, I met an author and queued to have her book signed. “Are you a writer?” she asked as she wrote my name.

“Oh,” I said, completely unnerved. “Well. I do stuff. Short stories and things. Um, some poems.”

“So you’re a writer,” she said, with an expression that suggested I was missing something very obvious. Which, of course, I was. 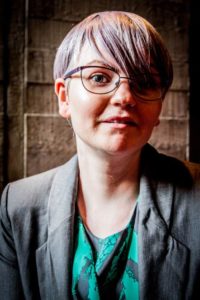 Helen says: “If you want to write more, notice what helps. For some people it’s having clear SMART goals, but for others, like Sophie, it’s simply taking the pressure off and giving herself permission to enjoy the process. Also notice what you learn about yourself each time you write and what provides nourishment for your story to evolve? Is it going for a walk? Is it in fact reading? Or perhaps its acknowledging that limiting beliefs may be affecting your creative process. Next steps: